Deal out all the cards to the two players and place in a pile, face down.

Players take turns to say 1, 2, 3 GO! and both players turn over their top card.

Players add the two numbers on the cards and the first one to say “the total is…..” (correctly) wins the two cards.

Play until all cards have been used, then each player counts how many cards they have won.

The winner is the player with most cards. 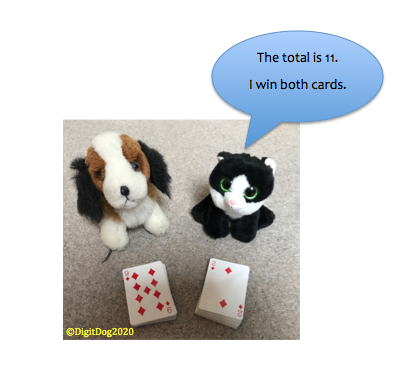 Play quick subtraction where players subtract the smaller number from the larger.

Play quick multiplication where players multiply the two numbers and say “the product is…..”

To make the game easier:

To make the game more challenging: