How to play Which Square?

A game for 2 players.

A game board (download here), two dice and 12 counters for each player.

Digit Dog and Calculating Cat are playing the game. They both think that they will win. What do you think? 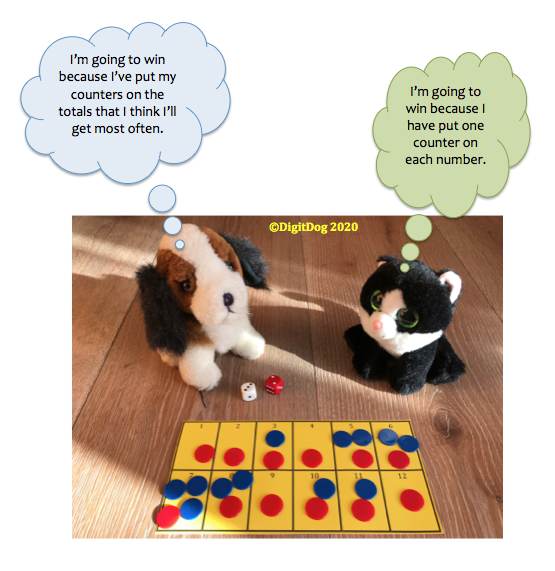 When you are playing the game do you notice that you get some totals more than others?

Play the game a few times to see if your ideas work.